The botanical garden is situated in the village of Pamplemousses about 7 miles north east of Port Louis (10 to 15 min drive). Pamplemousses is the name of a fruit (also known as grape fruit) which was introduced by the Dutch from Java.

One can also admire a variety of features including ponds, giant Water lilies (Victoria Amazonia weight 45 kg with the root) which flowers are white in the morning on the first day of blossom, In the afternoon it turns pink and the next day it dies. It is a only one daylight flower.

The garden contains around 500 species of plants among which 80 variety of palm trees and some indigenous plants like “Bois Macaque”, Ebony (the darkest wood in the world) and the Talipot palm said to flourish every 40-60 years then dies.

You will also find a castle known as “Chateau de Mon Plaisir” which was once the residence of Mahe De Labourdonnais. 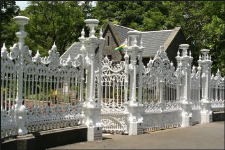 Port Louis lies on the North West of the island. Its population is approx. 160,000 (15% of the population). The city (smallest district) covers nearly 55 squares kilometers but welcomes more than 100,000 people every day as It is the center of business activities.

Port Louis was founded by a French Governor named Mahe De Labourdonnais in 1735. He was the one who rebuilt the harbor and the name “Louis” was given in honor of King Louis XV.

The Stone fortress over-looking the Champ de Mars was built by the British between 1835 –1840. Although it is more widely referred to as “LaCitadelle” the fort took its officially name from Queen Adelaide, wife of King William IV and was used as a military post long time ago. Nowadays it is sometimes used as a venue for pop-concerts and live shows. 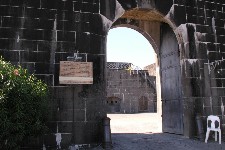 During the French rule in the seventeenth century, this place was used by the army for their drill exercises. After the British took over the island in 1812 and under the initiative of Colonel Draper, was founded the Mauritius Turf Club, which is the second oldest race course in the world.

The horse racing takes place from May till the first week of December on almost every Saturday with 24 – 26 races a year. The horses are mainly imported from SouthAfrica, Australia, France, England and India. There are some important races like the “MaidenCup, Gold Cup and the Jockey’s international day”.

It was built in 1752 following the plan of architect COSSIGNY (French) and the work achieved in the 1816. It was restored in 1929 as the building was beginning to collapse. Built by the French and then renovated by the British. 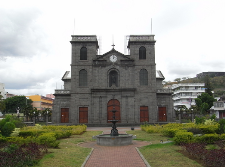 One of the oldest buildings in Port Louis, the theatre was built in 1820 in colonial style. Most colonial houses built before this period was destroyed in the big fire of 1816. 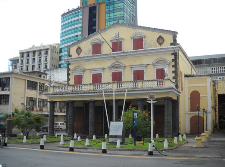 Place D’armes is a large avenue boarded with royal palm trees and where you can see several statues,  of which, the British Governor “Pope Henessy” and “Sir William Newton” who was a Mauritian politician and one of the French Governor Mahe de Labourdonnais facing the sea. 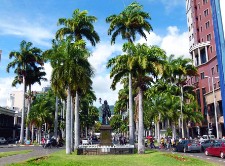 The Government hotel was built in 1807. The structure of the building represent perfectly the colonial French architecture by using wood, cutting rocks and the whole roof is crowned with small raft of floating timber (known as bardeau)and is still well preserved. 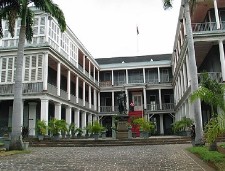 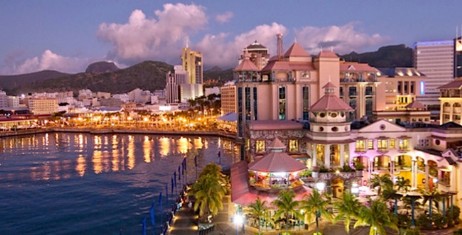 The Central Market in Port Louis have been active since the Victorian Times. It is the busiest street in Port Louis and the best place to bag yourself a bargain. See some artistically displayed fruits and vegetables in the Fruit & Veg section. It also has a fresh fish, meat and poultry section. Most importantly, the souvenir and handicrafts section will definitely interest you. Put your bargaining and haggling abilities to test and get yourself a good deal on souvenirs, T-shirts and some rare spices. 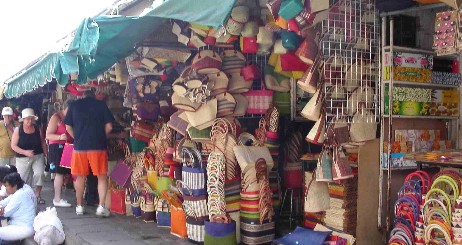